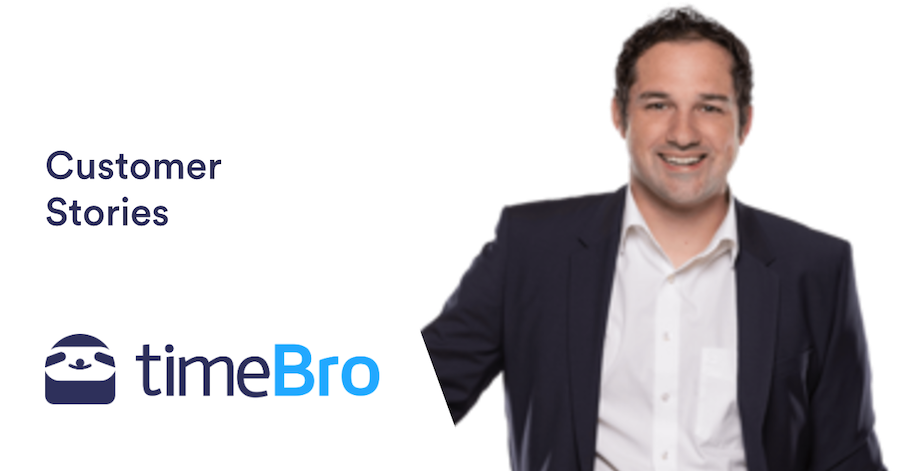 Hi Daniel. What is your job - and what do you specialize in?

Daniel: I am the Managing Owner of Michel Internet + Software. I take care of technology decisions, as well as our portfolio, business development and sales. We have three departments: App Development, Web Development and IT Services.

Why are accurate times important to you?

Daniel: Since we have a time-for-money model, we live on billable times. Especially since we only have low margins on hardware anyway, it is very important for us to bill times.

What problem did you have with time tracking?

Daniel: The IT services department in particular receives about 15 calls per day per employee, so we have to be able to record exactly which service was performed for whom. With everything we had before, that didn't work. So far, we have done this on a sheet of paper, with the time recording help sheet. But that was sometimes very tiresome and things were often forgotten.

How was timeBro able to solve the problem?

Daniel: Since we started using timeBro, everything has been more relaxed. Typically, users also refuse to use new software. Here it was exactly the opposite. The employees have actively demanded the software. Which shows that it is useful. Thus, no one has to take notes anymore and the tracking works in the background. In addition, the software shows very well where and when something was done. That was solved very well.

How did you experience the introduction of timeBro? Was there an integration with other software?

Daniel: I understood the software right away. However, the fact that I can connect it to other software is new to me. I'll do some more research on that right away to see how it can be used.

If a friend asked you why they should try timeBro - what would you tell them?

Daniel: Try it. Because then no more times will be forgotten and there will be no more excuses. If you can't manage time tracking with this, you have to think about your attitude. Here is the marketing guy in me: With timeBro you can do time tracking without leaving your comfort zone.